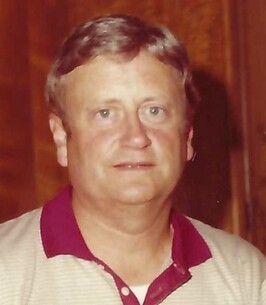 A retired orthodontist with offices in Fredonia and Jamestown, NY, he graduated from Niagara University with Bachelor of Science and Master’s degree. He had his general dentistry education and training from University of Buffalo Dental School. He completed a 3-year program in orthodontics at the Institute for Graduate Dentistry in New York City and completed a 2-year post graduate program in orthodontics at Columbia University in New York City. He was a Diplomate of the American Board Orthodontics after being certified by the American Board of Orthodontics.

A United States Army veteran, Richard served in Korea during the Korean War. He had been a past member of the Fredonia Rotary Club. He married Carolyn (Shelgren) January 4, 1958 and they were happily married until her death December 6, 2015. She and Dick had attended St. Joseph Church in Fredonia, NY serving in special ministry among other capacities. Carolyn worked alongside him in his offices and together they were a team putting beautiful smiles on people’s faces and making this a brighter world in so many different ways!

He was predeceased by his two brothers: Msgr. Rupert Wright and Julian Wright.